Start a New List: Breaking the Cycle of Negative Communication

was sitting in the staff lounge during my third week of teaching when I first heard a colleague refer to “The List.” She was complaining about how difficult her student was and another teacher responded, “Well, add that name to your list,” referring to the list of names that they would never name their children, thanks to having taught a challenging pupil with that name.

Within a month, I started to see what she was talking about. When a student showed up late to class without a pencil or their homework and showed no remorse, I would add them to my List. The same went for students who seemed unreachingly apathetic, or ones who never stopped talking. I realized that my “Never Name Your Child This” List was quickly becoming the same as my “Parents to Call” List. I would call these parents and ask them for their help in curbing their child’s unacceptable behaviors. The phone calls made little difference in my classroom, and the parents seemed reluctant to talk with me after the first one.

One day, I found myself flipping through my log of parent outreach, where I recorded every time I called or e-mailed a parent with a brief description of the reasoning. I noticed a very obvious pattern. The nine students I had on my List were all logged frequently but their behavior in class never changed. I realized that I only ever called for negative reasons. Of course my parents hadn’t wanted to get on the phone with me. Of course their children weren’t making significant changes in my classroom. I had no relationship with these parents and they were the ones who could encourage their children in regards to school, the ones who could collaborate with me and give me advice on strategies that their children respond well to.

I realized my problem. I needed a new List.

I chose one day a week when I tended to be less busy and I blocked out a fifteen-minute window. During that block, I would consult my list of nine students and choose two of them. I would send a message to their parents about one thing they had done well that week. For some it was academic in nature, such as doing well on an in-class assignment or adding an insightful comment to a debate. For others it would be about an act of kindness I observed in the cafeteria, or praise for how their student did in the band concert. I would then put a tally mark next to their name, to track how often I reached out with positive news to their family.

At first I worried that this outreach attempt would come off as artificial. I quickly learned that when I added structure to my positive communication, it became a more natural and fluid part of my week. I slowly added other students to my List, students who often pushed my patience or who were having a hard time with the particular unit. I became better adept at noticing how often my students supported one another, and over the year I began to reach out more frequently about the positive acts I was seeing. Not only was the response from students and parents wonderful, but I noticed that some of the guardians I reached out to began to come to more events such as parent-teacher conferences. In one conference, where all seven of the student’s teachers were present, his father said that I was the only one who had ever said anything positive to him about his son, and that I was the only class his child ever brought assignments home to work on.

We all do it. We have our Lists, and we are inclined to trust that they’re right. That we are seeing our students the way they are, not the way we have decided they will be. We can do better. And for our students’ sakes, we need to. It’s never too late to change your List. 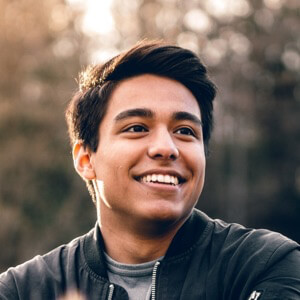 How you write your advertising copy will be based on where you will place your ad. If it’s a billboard ad, you’ll need a super catchy headline.

A Time to Reflect and Reconnect

How To Use SchoolCNXT to Facilitate and Grade Group Work

An Adventure and a Reflection: Supporting Parents Over Break

Starting the Year Off Strong: Establishing Communication Procedures with Parents

Available on the App store and Google play